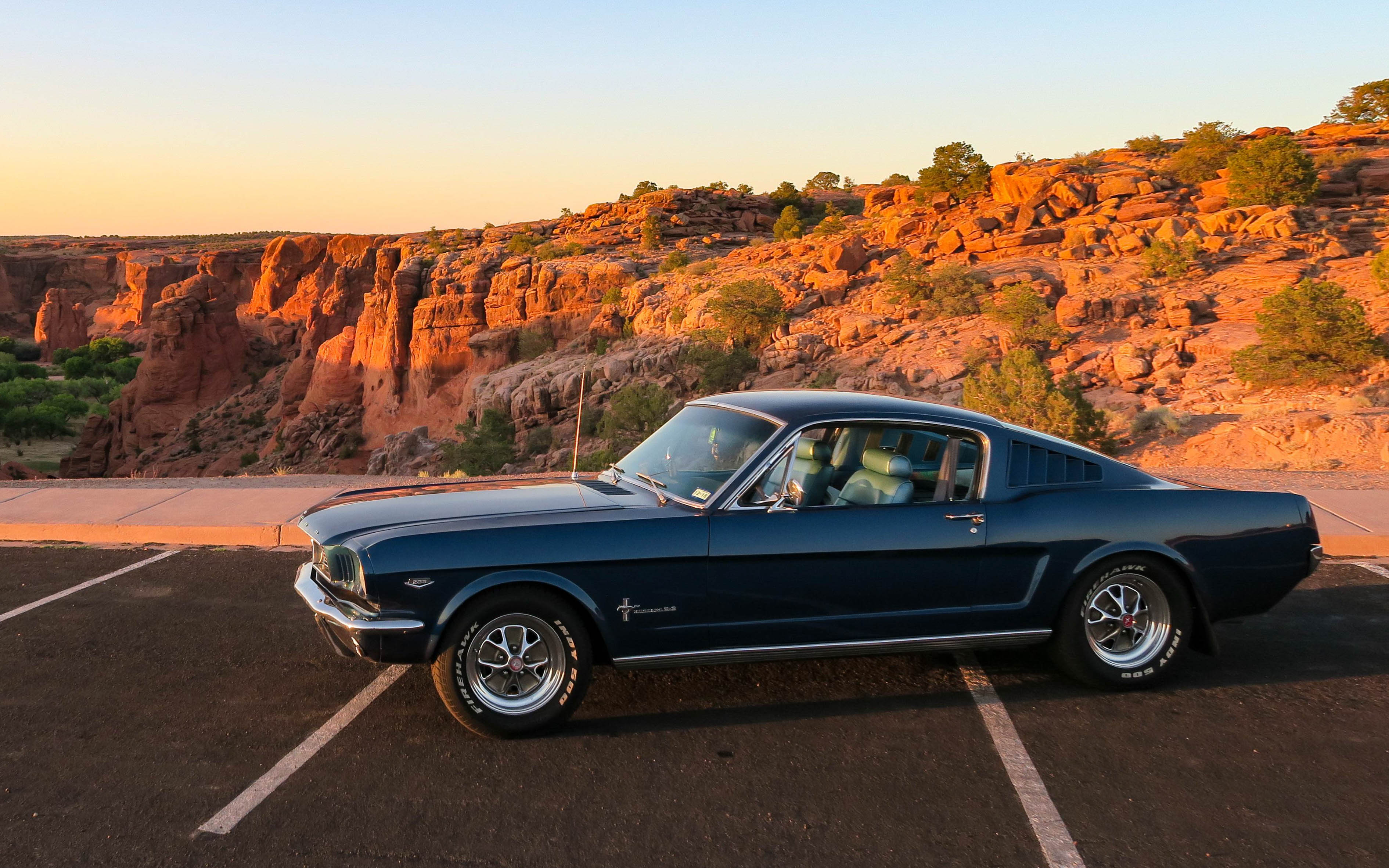 Kelly and her ’66 fastback

Since I started the restoration of my coupe, I have only one thing in mind; once back to the road and reliable as it should, I will go on road-trips with my Mustang! The idea seems interesting despite the ever-increasing cost of gas (at least here in France) and a gas mileage between 15 and 20 MPG (12-16 litres per 100km).

A few months ago, while I was looking for original Mustang lovers, I came across Kelly H.’s blog “A map and a Mustang”. In addition to being well written, it narrates the adventures of the young woman driving her fastback across the USA.

In the spring of 2010, Kelly completed her studies in Science (Geology and Marine Biology). She spends (a little too) quiet days and decides that it is time to find a new hobby. One that will allow her not only to work with her hands but also to be something useful.

This is how she makes the decision to get into car mechanics! She begins to enter the following words in her favorite search engine: “best looking classic cars”: a series of old Mustangs appears on her screen. She quickly became addicted to the galloping horse brand.

For several months, Kelly is looking for the “good” Mustang with the feeling she will know when she finds it… And she is totally right! After many pages on online classifieds, it is in September on Craigslist that she falls in love with the one that will soon become her hobby.

The description mentions that the seller of this ‘66 fastback powered by a 289ci V8 and a Toploader 4-speed is only fifteen minutes from home. Kelly then drives her father with her to inspect the car. As soon as she sees the car parked in the owner’s driveway, the young woman has only one idea in mind: leave with it! For her, this is the perfect car. Moreover, it drives very well and does not seem to have any significant problem. The transaction is done quickly!

Unfortunately, Kelly does not have her car’s history before 2003. She just knows her fastback was originally a 6-cylinder automatic car from the factory and likely had no extra accessories. The previous owner had not taken care to initiate research regarding the past of the fastback. Our American friend is therefore obliged to estimate the work that has been done according to the condition of the parts and reproductions mounted on the car. From time to time, she has the chance to find a label with a price and a date on a replaced part. For example, she knows that the suspension was last replaced in 1982!

As far as she can tell, this was probably belonged to an old lady for several years before a hot rodder got a hold of her in the early 80s. It is probably then that Calamity Jane – this is the name Kelly gave to her Mustang – inherited a 289ci V8, Toploader 4-speed, and a 9″ rear.

Upon her acquisition, Kelly gets to work and decides to make a “restomod” style Mustang with one thing in mind: this car must be reliable and safe since it will become its daily driver despite the good general condition of the car. She thus learns to know it better.

She installs power disc brakes in place of the original manual drum brakes (but will later revert back to manual brakes). The young woman also replaces original steering with a power rack and pinion, adds air conditioning, upgrades the alternator to a 95A 3G version and installs an injection system (to replace the carburetor). The suspension is also reviewed and improved using GT parts, rollerized spring perches, and heim jointed strut rods. The tailights, backup lights and signals are now LED. The front halogen headlights are also improved. Three-point seat belts are installed, the original seats are removed to give way for 1993 Mustang seats, a custom-built console is inserted between them and custom gauges come on the dashboard with an aftermarket car radio. Most of the modifications are discreet to avoid a shift with the vintage car side but allow a better driving comfort and come to make the car more reliable.

Every weekend of three-year are used to make Calamity Jane!

Three days after the end of the restoration, a distracted driver rear-ends her doing 40 MPH (60km/h) faster than her (Kelly slowed down to take a turn, the driver behind her did not realize it). As a result, Jane’s back is totally destroyed. Eight months will be needed to restore it. The back half of the car is removed and replaced by another car. Kelly eventually brought her back on the road in April 2014, just in time for the Mustang 50th year anniversary celebration in Charlotte, North Carolina.

Kelly has many anecdotes to tell about Calamity Jane. For example, one day when she went to the National Part Depot (NPD), the car started honking for no reason after the woman turned into the parking lot where many Mustangs were parked. As soon as she managed to silence it, Kelly was greeted by a man who then said, “Hi, you must be Kelly, and this must be Calamity Jane!” (her reputation probably preceded her).

Also, as experience has proven on multiple occasions, Jane knows exactly where “home base” is: she always manages to stay in one piece until she gets home. Indeed, at each of the road trips that Kelly has done, the car behaves normally all the way until she pulls into the driveway… And there, something breaks systematically! In this way, she has lost a fuel pump, a distributor, a power brake booster, and even the engine! The young American considers herself lucky not to have to worry during her long trips but it makes her not want to ever go home!

The beginning of a long story

Kelly is convinced: she will keep Jane throughout her life! She has made too much commitment to this project to be otherwise. She knows very well that she will do road trips again (probably multiple times elsewhere) to discover America more. She does not think of changing many things on it now that she considers it perfect. She foresees herself doing maintenance and many adventures at the wheel.

Here is the list of road trips made by Kelly:

For more information, you can visit her blog: http://mapandamustang.blogspot.com/ 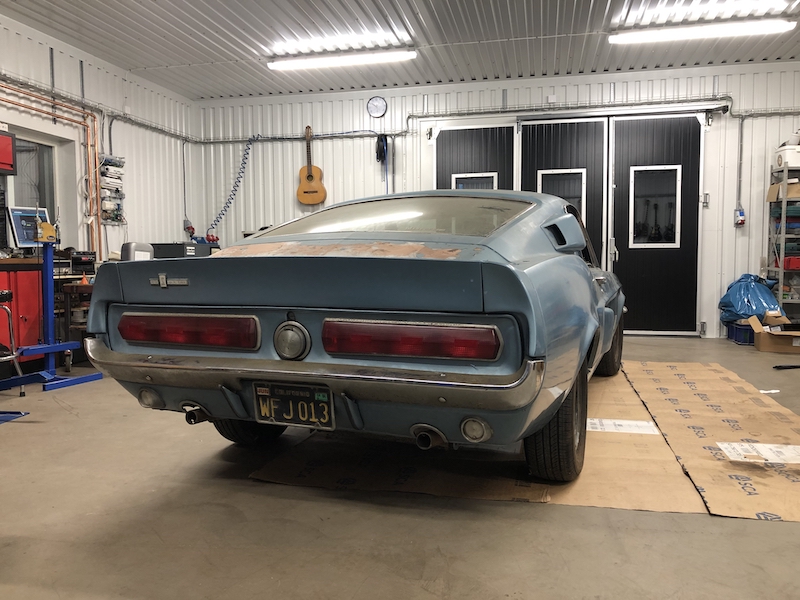 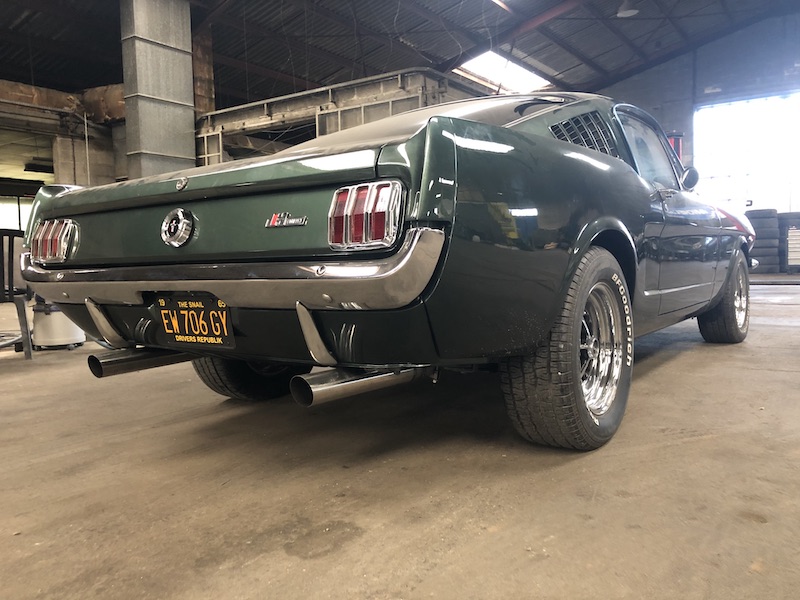 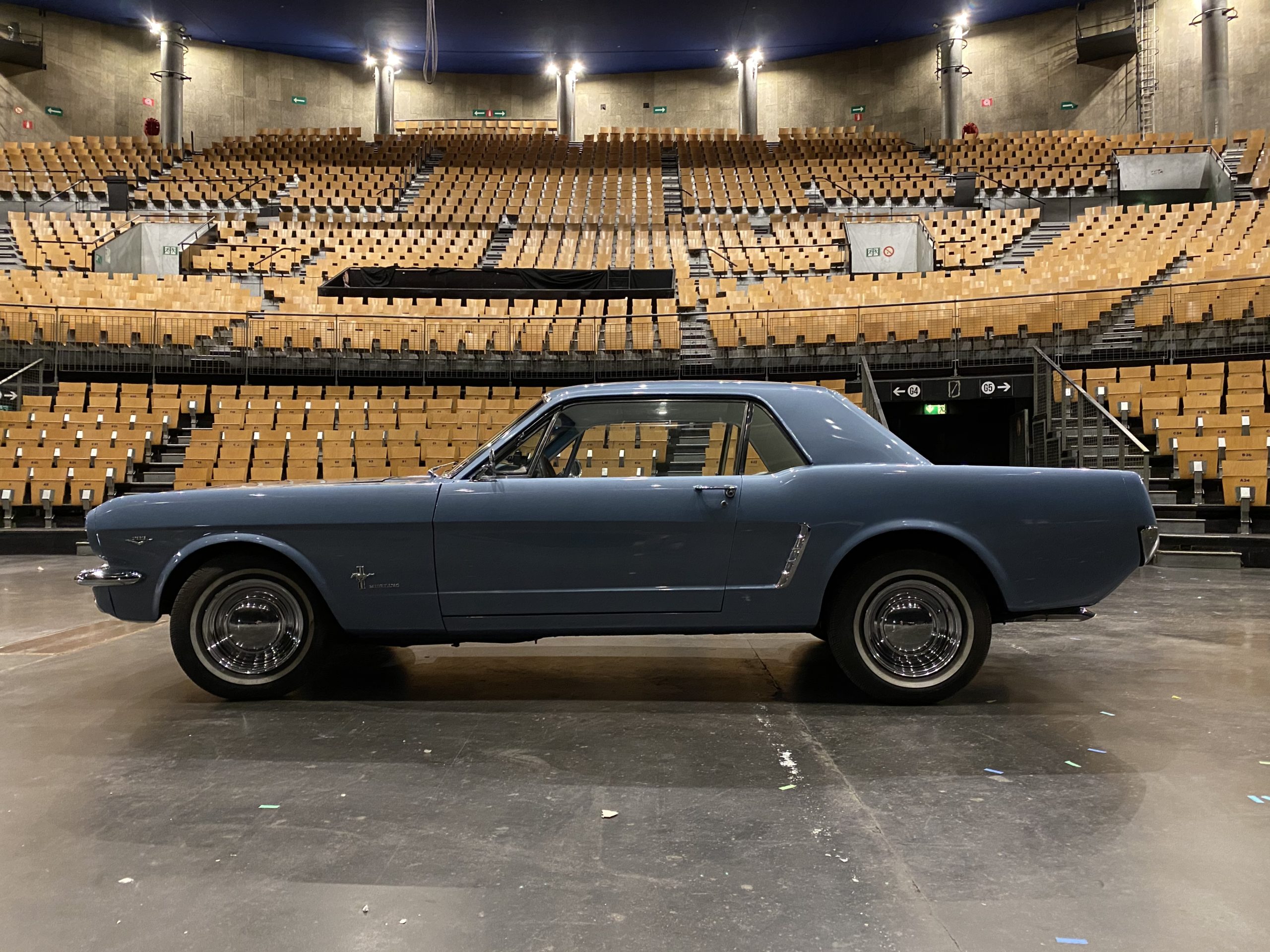