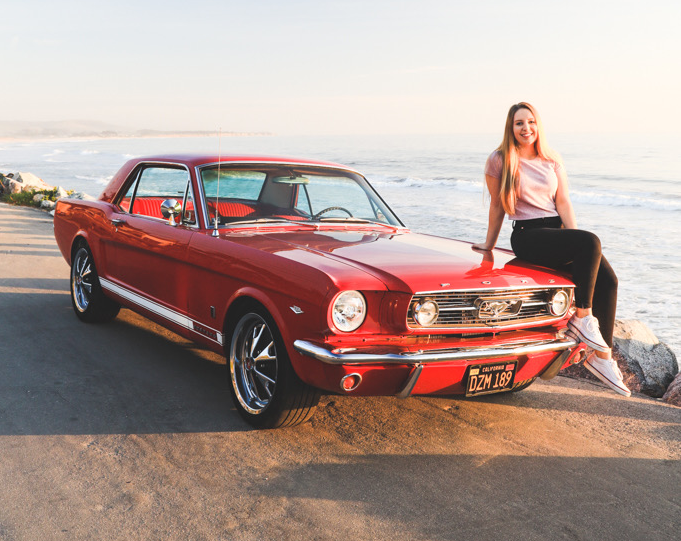 Francesca and her ’66 GT coupe

On the blog, I published a number of articles where the passion for the Mustang is passed on from father to son, or, in some cases, from father to daughter. This was the case for Jade, for example, with her Mustang II, but it is also true for a number of other enthusiasts who can be found in the blog archives (note, the English version of the articles is not finalized yet). Once again, we will see that passion creates powerful ties, both within families, but also in circles of friends…

Francesca is a young woman, in her twenties, who owns a magnificent red GT 66 coupe. She uses her Mustang for her daily journeys but also for weekend meetings with her friends. An important element for the French who read these lines: Francesca lives in the bay of San Francisco. When we go out in the mountains or in the Beaujolais, she rolls along Route 1, Napa Valley or in the direction of Big Sur…

From father to daughter…

At the age of twelve (in 1977), a certain John (Francesca’s father) bought his first car: it was a 64.5 convertible Mustang. He restores it with his own father in order to make it his “daily driver” for the day he obtains his driving license. Even today, John keeps his first vehicle and, better still, continues to work on it. In 1996, a little girl appeared in his life: Francesca, his daughter.

Since the age of 6, Francesca has enjoyed going to car shows with her parents. She appreciates the different vehicles presented, and, every year, she goes with her father to the Hot August Nights then to Bonneville for Speed ​​Week. We are in California, the automotive culture (classics or not) has been present for many decades.

Also, little Francesca likes going to the family garage where she finds her father, working tirelessly and with passion on a legendary car: the convertible Ford Mustang he used to go to school, younger. The girl loves to see this classic car, steeped in history, sleeping in the garage every day and being able to go for rides around with her father.

Quickly, Francesca realizes that she too would like to have a similar car when she gets older.

And indeed, what was bound to ensue did happen: when she reached the age of twelve, Francesca, with the help of her father, began the search. The young woman has a preference for the 65 and 66 Mustangs, coupe or convertible but with a red interior or exterior. Regarding the more technical criteria, she has a preference for a V8 and a body in good condition so as not to have to carry out major work on it. John has just completed a “rotisserie” restoration on his own Mustang, he does not wish to embark on a new major project.

This first owner takes great care of his car and uses it both as a daily driver and as a family car for many years. In 1991, the car ended up in the garage, under a tarp and sheltered for years to pass, waiting for better days to see the light of day again. The coupe will wait here for twenty years …

In June of 2011, when Francesca celebrated her fourteenth birthday, she had not yet found the Mustang which would be her first car. However, she goes with her father to Hollister, California to see a 65 coupe for sale. After meeting the seller, the father and his daughter realize that the Mustang does not meet the young woman’s criteria.

On the way back, they decide to stop for food in Gilroy, a Santa Clara county municipality with nearly 50,000 residents. They know that a classic car salesman (Checkered Flag Classics) is around the corner. They therefore take the opportunity to visit him. As soon as they entered the shop, they saw a red Mustang which seemed to tick some of Francesca’s criteria. They approach and inquire about the car: this magnificent GT coupe from 1966 is totally original except for the two front seats which were replaced recently and the paint redone in 1985 in the original color. The odometer reads 103,000 miles and the V8 looks good. The vehicle is owned by the first owner, who is about 90 years old, and who separates from it because he has not driven for years and has joined a retirement home. He must therefore vacate the space occupied by the car in his garage for twenty years.

The decision was made quickly: Francesca and her father bought the car the same day. It starts off quickly and makes the hour-long journey between them and the house without flinching. Back at home, our young friend discovers some surprises such as the original 8-track player and all the associated cassettes in the glove box, various invoices and receipts for work done on the coupe in the 80s, etc. Francesca keeps the whole preciously.

The evolution of the car

The car is in its original configuration, Francesca decides to keep the car in this condition by carrying out only the necessary repairs as the parts give up the ghost.

Over the years, she decides to improve the car a little. The first major changes are in the wheels and the ride height (lowered by 3 “at the front and 1” at the rear). If Francesca liked the original wheels with the whitewall tires, she prefers a slightly different look with 17 ”steel GT wheels fitted in 225 at the front and 235 at the rear. Also, after blowing two cylinder head gaskets with the original engine, Francesca is forced to change it for a V8 347 stroker from a Mustang 68 California Special.

The other minor changes concern the replacement of the front suspension, the installation of a recent audio system, the original automatic transmission redone and a new exhaust.

While Francesca uses her coupe in her daily commute, to go to work, or to go shopping, she also takes great pleasure in going for rides with several other Mustang owners who live in the San Francisco Bay area and whom she met via Instagram. It is not a club, but simply a group of friends who take pleasure in sharing a common passion… They regularly travel on Pacific Highway 1 (PCH 1), better known as Route 1 (CA 1) , Big Sur, Santa Cruz, but also further north with destinations such as Napa Valley, Point Reyes, Mount Tamalpais or the Lick observatory.

In fact, she hopes to take her 66 coupe to the Hot August Nights this year.

Francesca can’t imagine selling her Mustang for a second. This is her first car, she uses it every day and has made it really reliable in recent years. The next goal is to replace the front disc brakes to make them more efficient and, perhaps, a new exhaust, because even if she changed it in 2014, she is not entirely satisfied with it. 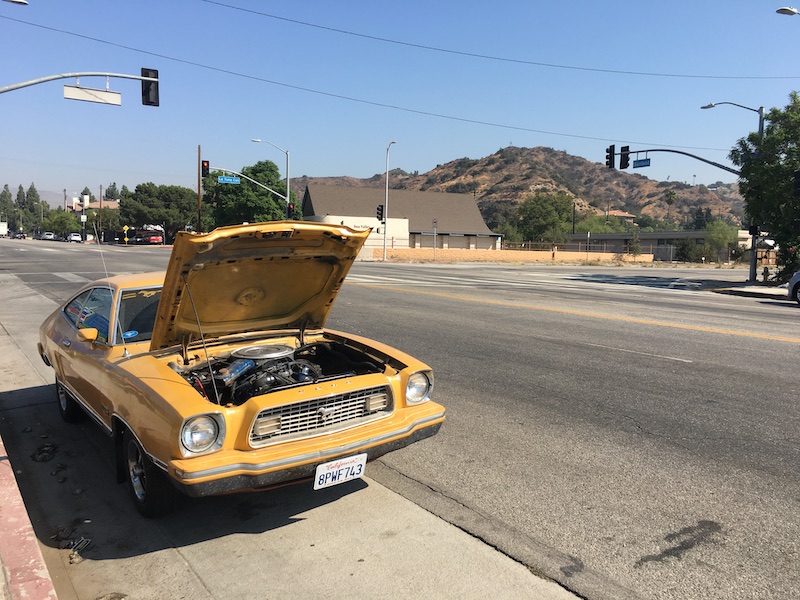 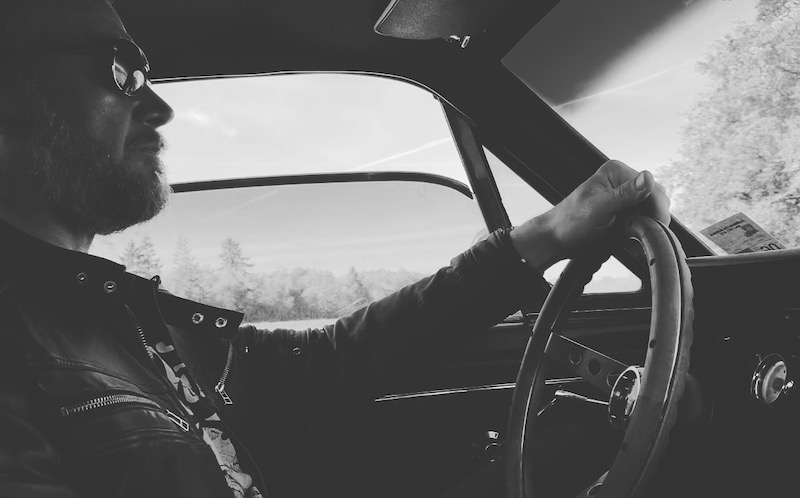 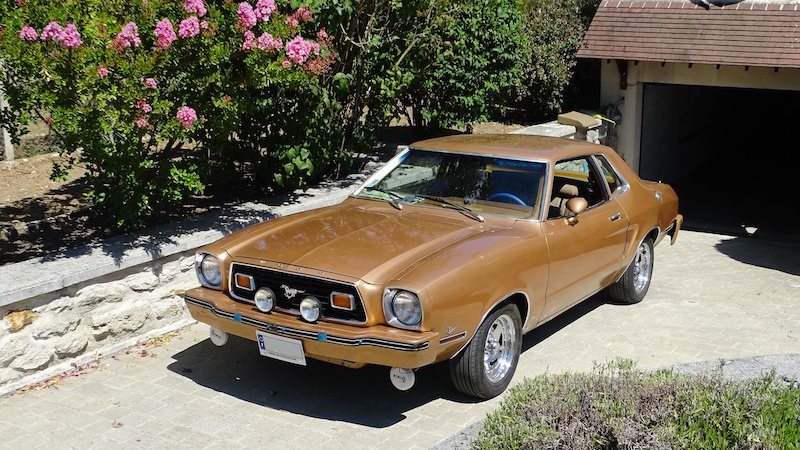